In 2016 I participated in the 2016 COSSAG Winter Exhibition and Art Awards which is a non acquisitive competition run by the Cathedral of St Stephen Art Group (COSSAG).

Each year COSSAG hosts various events designed to give support to artists and artisans and provide them an opportunity to showcase their their ideas and work to the community. In 2016, the Year of Mercy COSSAG chose the theme “The Good Samaritan” as a response to the challenges in our modern times of being generous and involved with those in need. 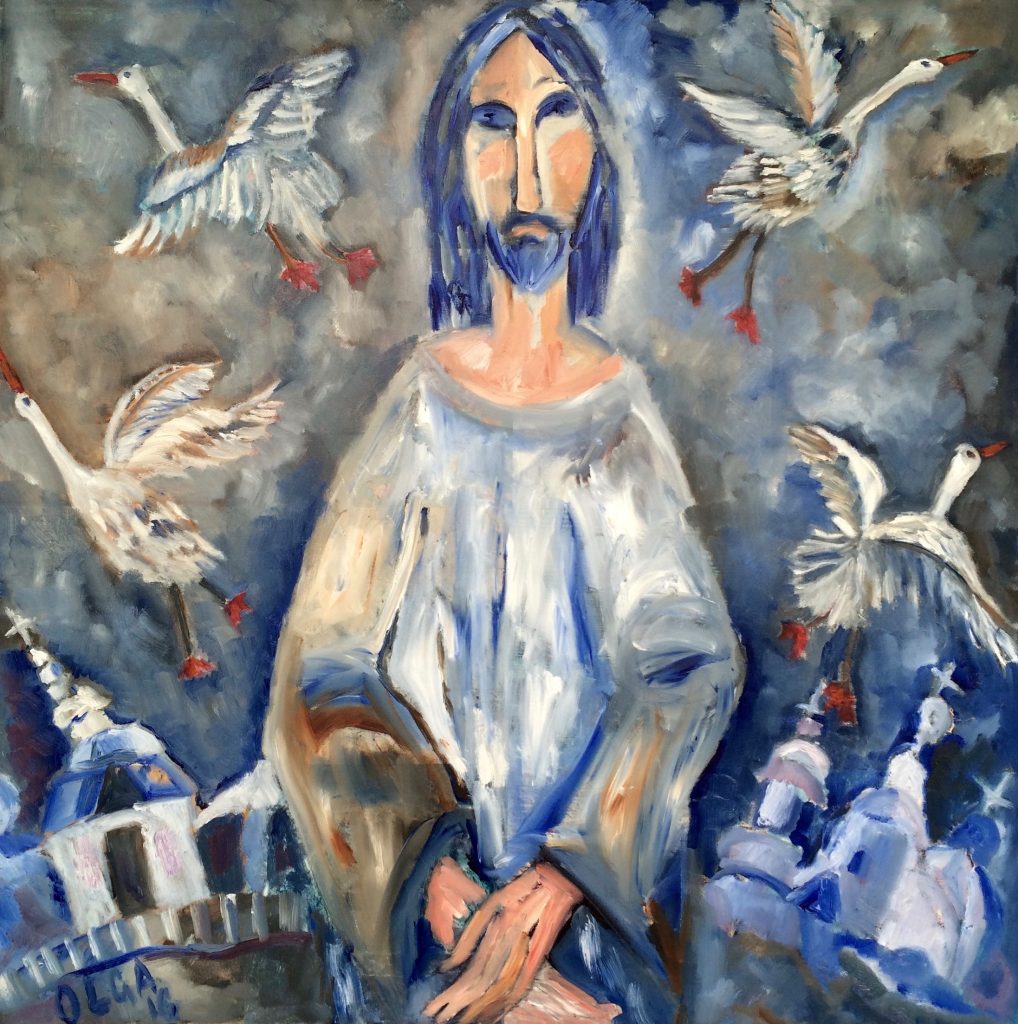 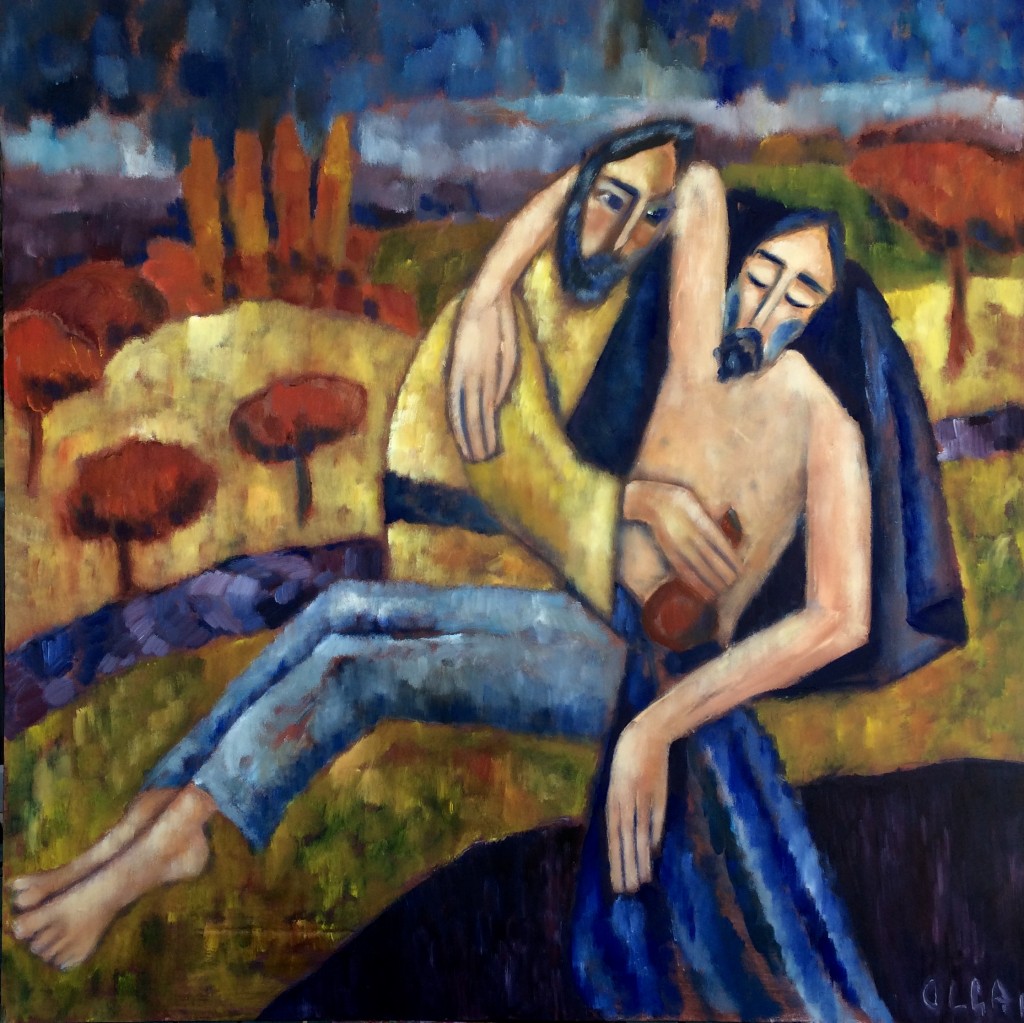 In “Risen Christ” Jesus emerges out of a stormy, threatening sky, a man who has passed through death and is now detached. Christ is a part of a different world now, a surrealistic world with churches and ducks on the background, the world where past and present are connected.

There is slim vulnerability in the figure, the sense of grace. His eyes are sad, looking both through the viewer and inside himself. They are the eyes of someone who is somewhere else, maybe in a dream. A dream, where flying ducks, symbols of freedom and happiness, good news and hope, are my triumphant angels, taking to the sky to spread the message of Resurrection.

Serenity. Acceptance. Calm. And certain sadness. These are the qualities that are presented in the “Risen Christ”. My message is strong and direct: Christ is risen. Darkness and death are behind Him. He is the Saviour. He is humanity’s Good Samaritan.